Recently I was approached by a guy on Facebook, who turned out to be fake.

And why am I blogging about it? To raise awareness!

It’s not, really, but I wanted to the following:

First, let me explain what happened. I came across a Facebook page which shows tattooed men (I like tattoos and appreciate good ink!) and I came across a really cool back piece! I, with my silly sence of humour, said ‘Where can I get one?’ (and yes, I did mean the guy… although in real life, I am interested in more than just a guy’s good looks!)

A guy approached me and said ‘I’m here Penny. Hit me up!’ and had a profile picture of a guy next to a beautiful staffordshire terrier (a staff to us common people!), so I thought… hey, why not! So, I added him! (I’m a sucker for handsome tattooed men with dogs/cats!) 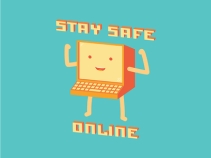 I knew instantly, when he accepted my request, he wasn’t real. At least not the person behind the photos. He kept repeating the words ‘sexy’ and then said he was US Intelligence. Yeah, pretty cool, but you don’t need to be too smart to realise that those who are in any form of Intelligence, whether that is the US, UK or otherwise, do NOT openly admit it to people they hardly know!

Not to mention, I absolutely HATE it when people judge me for my looks, I don’t think I’m exactly attractive; I’m not a model, but I respect people more if they are actualling interested in knowing about ME… not what’s on the outside! So, even if this guy turned out to be real, I instantly took a dislike to him.

The other scary thing is… he was emotionally manipulative. I unfortunately haven’t got access to the messages he sent anymore, as the profile has been removed since (unfortunately not my doing!), but he said things like ‘don’t scare me off you’, after I called him out whether he was real or not. I’ve been in an emotionally manipulative relationship before, I DONT take kindly to it, and do not tollerate it at all! 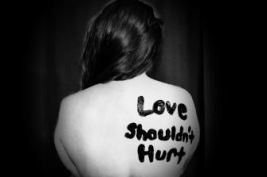 So, I had one of two choices; block and ignore, or call him out.

I was really worried about vulnerable people, including young girls, coming across this guy. So, I put it upon myself to do some digging! Within a few hours, I found the real guy!

I have a few ‘acquaintances’ who are models, so I asked them if they recognised the guy in the photo, unfortunately no one did.

I also tweeted, with no success! (Including a few models, although I don’t follow models – I appreciate the male body, but I’m not interested in goggling – so I know absolutely nothing about the modelling world, so I had to find some ‘male tattooed models’ in order to tweet, gave up pretty quickly with that idea! No one’s going to listen to a crazy English chick, anyway!)

Luckily, however, one of my friends managed to reverse search the images the catfisher was using and we found a few websites where the photos were being used!

Ironically, I came across yet ANOTHER fake profile on Twitter, thinking it was the real guy, but found the same ‘person’ on Facebook and I realised this was yet another fake profile! Luckily someone else knew the real guy in the photo and called him out on Facebook! (The Twitter profiles have been reported!)

I finally found the real guy behind the pictures!

I was hoping for a lovely dramatic ending to this little adventure, by messaging the guy on Facebook and hoping to reverse catfish the catfisher or something similar, but unfortuantely the catfisher has since been removed from Facebook, and the real model hasn’t responded. 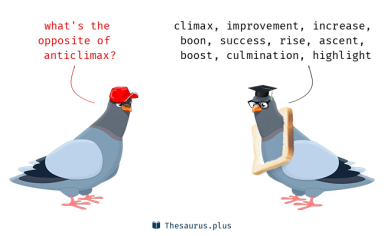 So, why am I telling you this? To raise awareness! I’m not suggesting everyone does what I did, it can be quite dangerous to do! Especially if the catfisher knows a lot about you already! If you think you’re being catfished, or it seems too good to be true, it probably is! Follow your gut! Block and delete! If you’re worried, talk to someone!

And yes, some catfishers are after money. But NOT ALL OF THEM! Some of them are predators… and they can worm their way into your life over MONTHS… just because you have known them for weeks/months, doesn’t mean they are genuine! PLEASE be careful!

I have deliberately kept the names of my acquaintances and the real model behind the photos hidden! I don’t have permission to use the model’s photos, and this model is in the public eye, it would be unfair for him getting negativity because of someone else.

This goes for both women and men, men can be just as much a target! If you think you are being catfished or are worried about the identity of someone online, talk to someone!

2 thoughts on “Catching out a Catfisher (Fake profile)!”